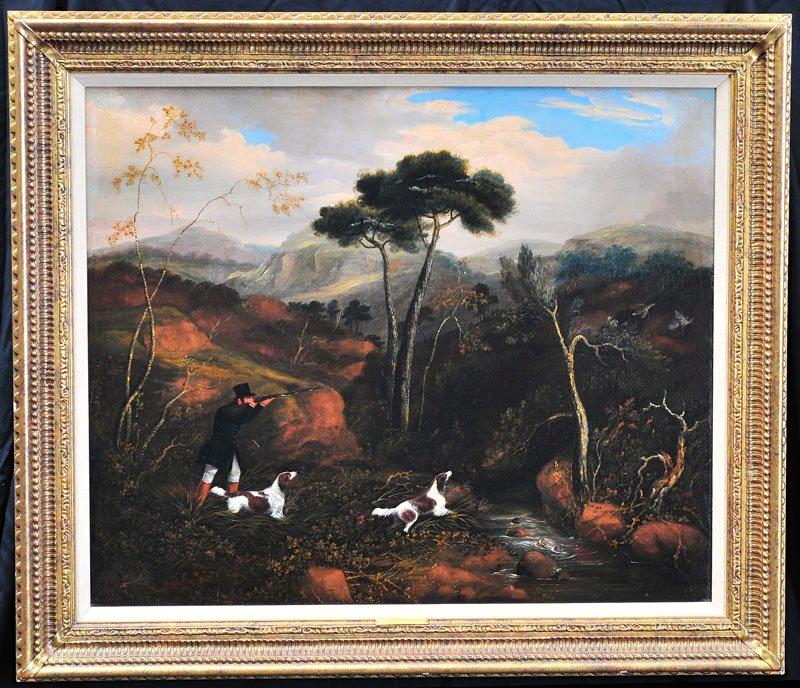 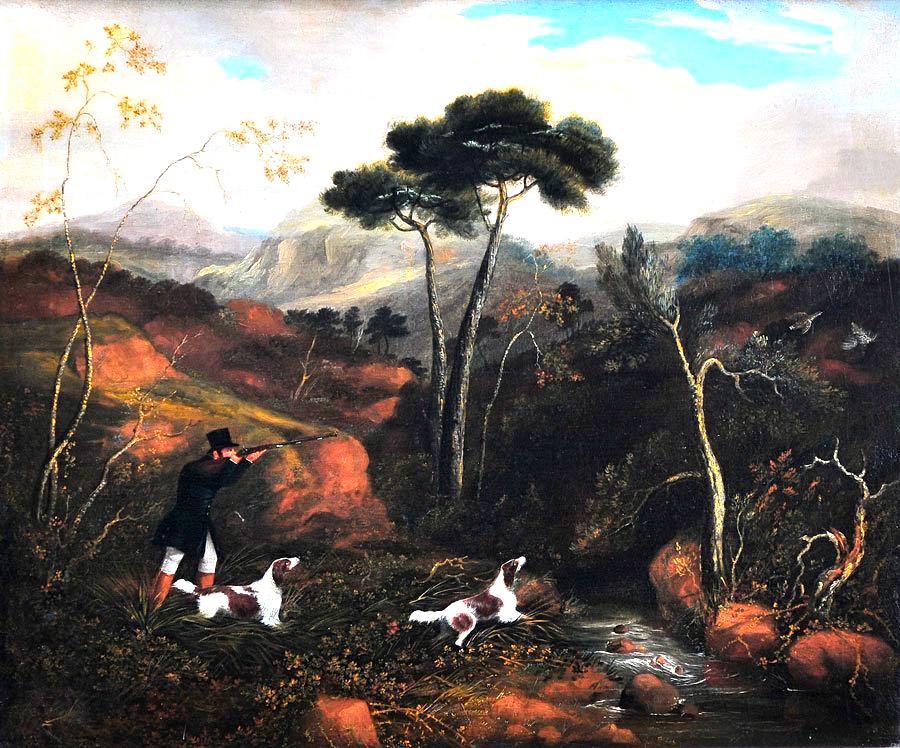 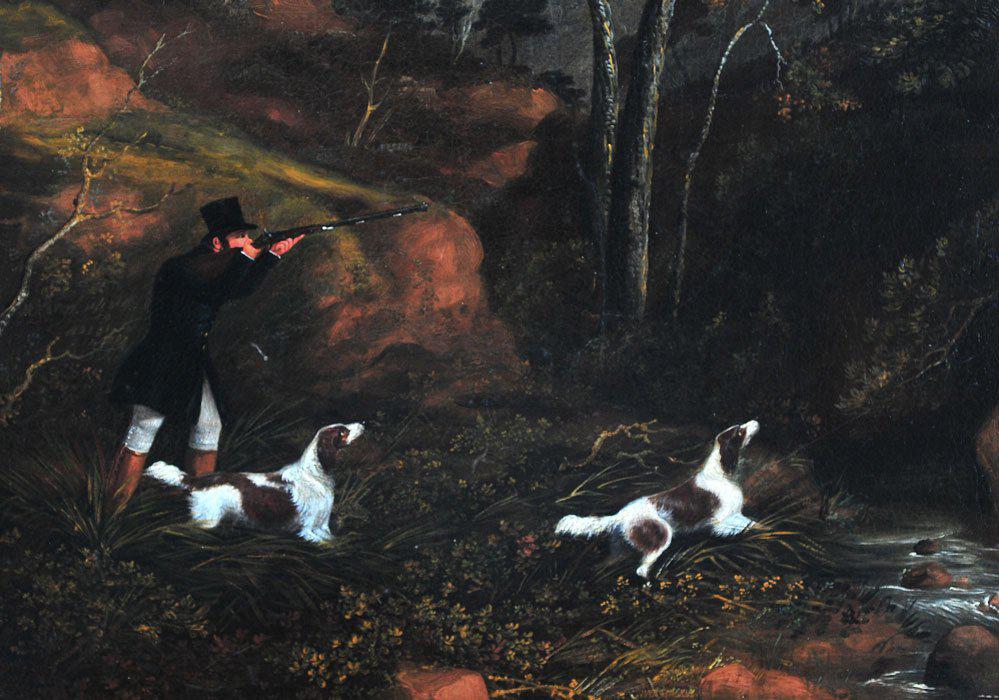 For an artist of such ability, popularity and wide output, information about Samuel Jones is comparatively scarce. Living in London, the first recorded mention of him was as an exhibitor at the Royal Academy in 1820 with a picture of an old mare, which he later exhibited at the British Institute in 1824.

Jones is best known for the fine quality of his sporting pictures, mainly portraits of hunting and work horses. In addition, he painted coaching, shooting, fishing, (an example of this being in the collection at Hutchinson House), and hunting scenes, paying much attention to the background landscapes. He also painted historical scenes and portraiture. His landscape works, often featuring cattle, were usually of views in Derbyshire, Kent, Sussex, Essex and Wales. Some of these were of substantial size and the Victoria and Albert Museum in London as a number of landscape sketches in its collection.

From notes made in two of his sketch books to be found in the British Museum, it can be seen that Jones thought that landscape painting was very important. This is reflected in the handling of trees and shrubs in his paintings. Wood, in his Dictionary of Animal Painters, says of him, "His landscape, by itself or as a setting for his sporting figures, is well-painted and commands
respect, being far superior to that of most animal painters, amongst whom he can hardly be numbered".

His works were much engraved and published, the last being in 1849, and these were produced by Charles and George Hunt, Fellows, Hineley, Pyall and Smart.

Jones exhibited fourteen works at the British Institute, including views of watermills in Derbyshire and Kent. A further fourteen of his works were displayed at The Royal Academy including titles such as 'The Lesson," "Delightful Task" and "Born to Good Luck." He also exhibited nineteen paintings at the Royal Society of British Artists in Suffolk Street.

He had two sons, Paul and Charles, who both became well-known landscape and animal painters