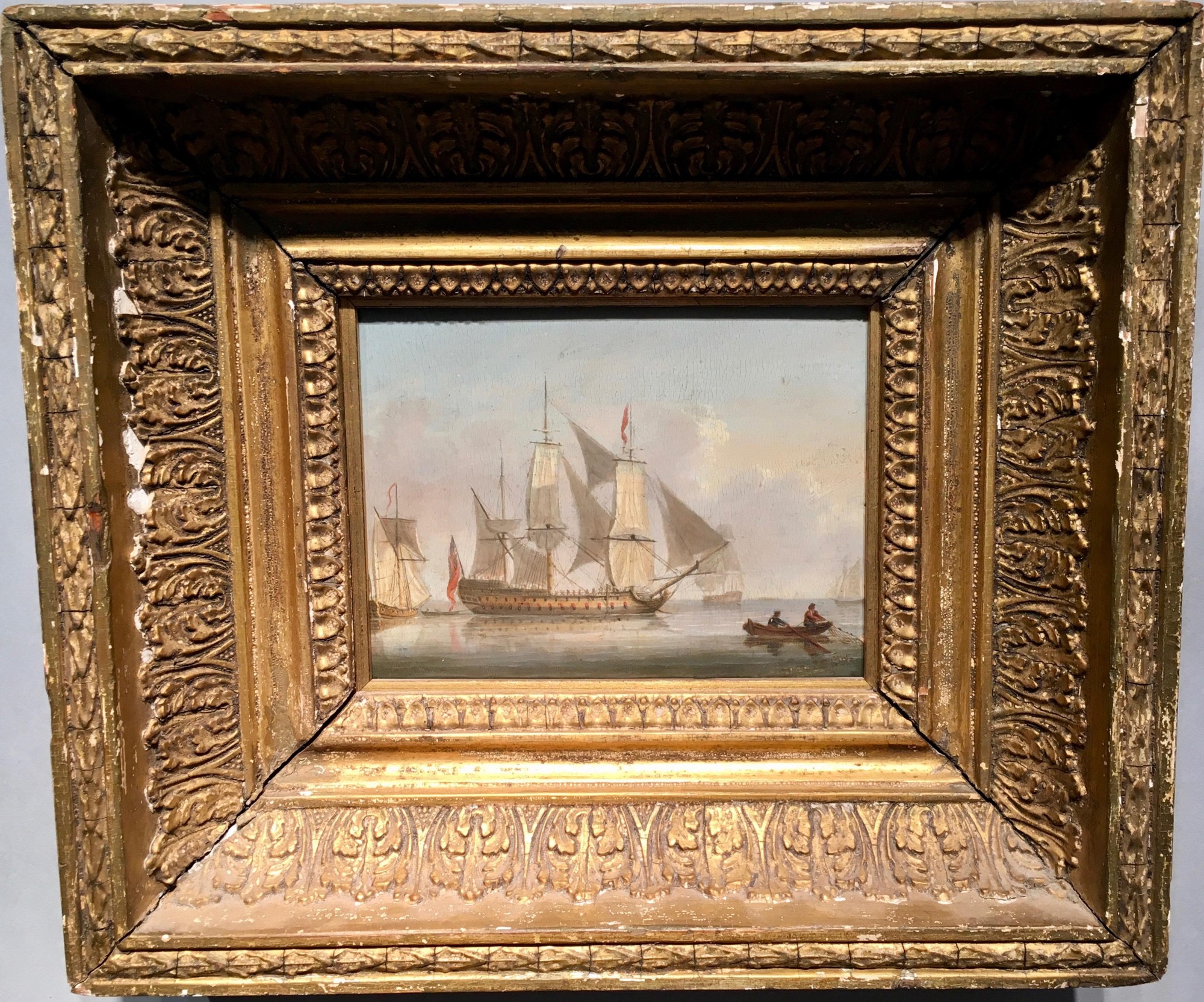 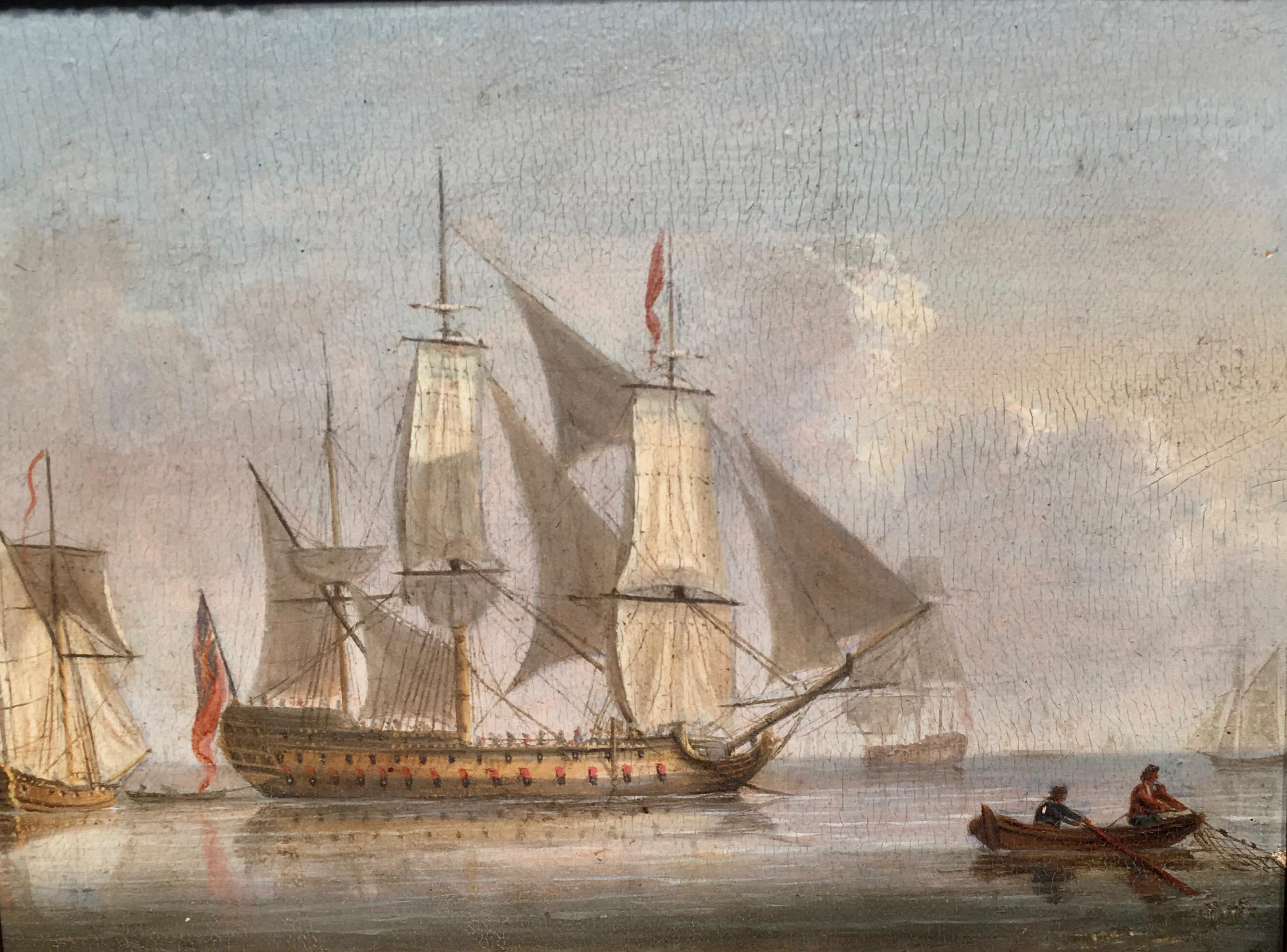 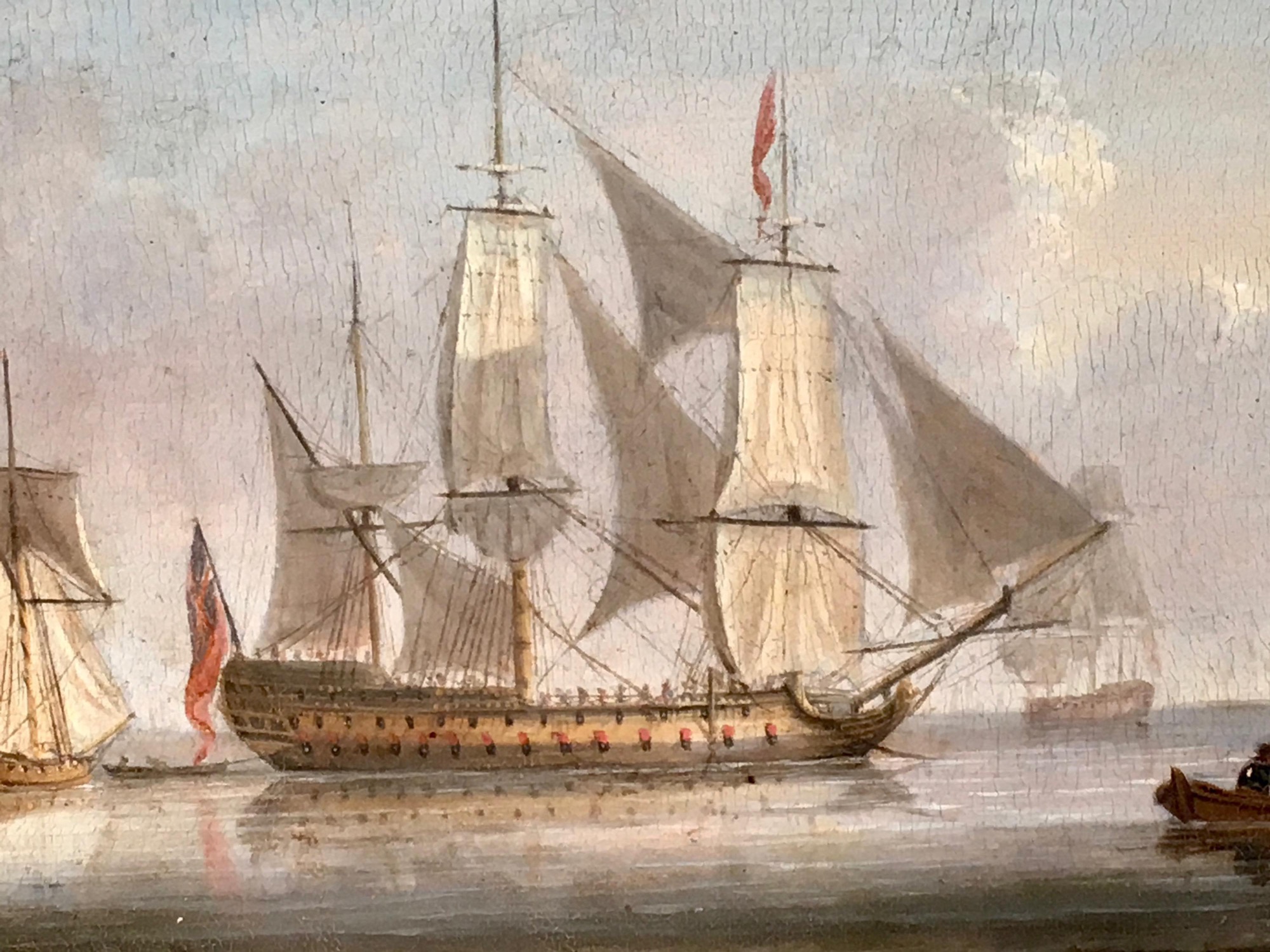 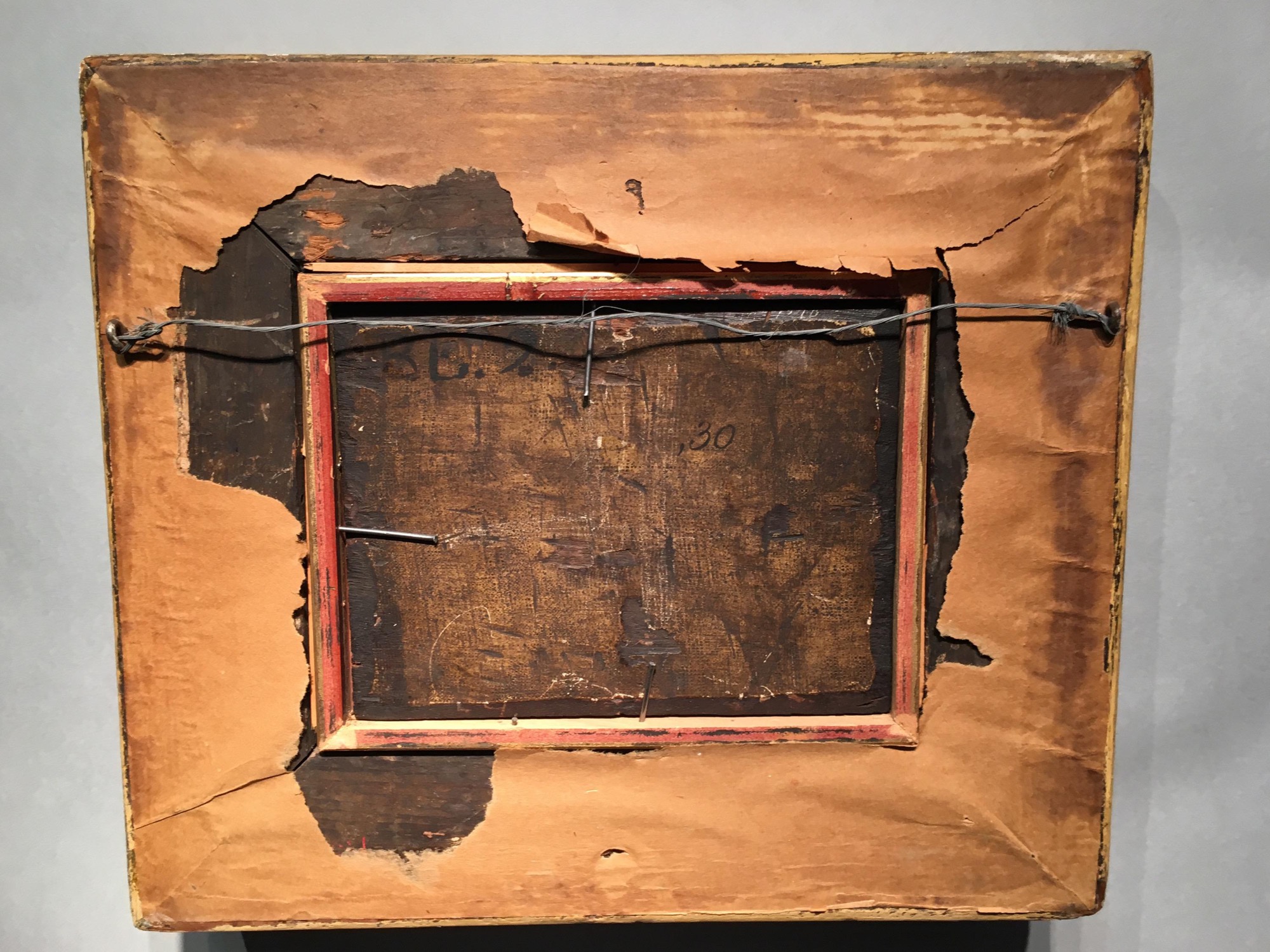 English warship off of the coast

Thomas Luny was born in Cornwall in 1759. After moving to London about the age of 11, Thomas became apprenticed to the London marine painter Francis Holman (Circa 1729-1784) at his studio in Broad Street, St. George's. Aside from Luny's own inherent artistic ability, his first sketch book being dated 1770, the young artist was strongly influenced by Holman, and remained at the latter's studio for about the next ten years, by which time it was located at nearby Old Gravel Lane, St. George's.

On 13th September, 1777, Luny left London for a visit to France. He must have also travelled further afield on this journey, as his first exhibited picture in London, at the Society of Artists in that year, was entitled: "A distant view of the island of Madeira and Porto Santo". He regularly exhibited at the Royal Academy with 29 paintings in total between 1780 and 1802, and then a long break until three in 1837.

By 1780 Luny had left Holman's studio in St. George's. He moved to Leadenhall Street in 1783, where he met Mr. Merle, a dealer and framer who promoted Luny's paintings very successfully for more than 20 years. Leadenhall Street also housed the headquarters of the East India Company and he received many commissions from officers of the company. It is probable that he was invited as a guest on the company's ships on special occasions. Sketches he made of locations such as Naples, Gibraltar, and Charleston, South Carolina appear as though they were done on the spot.

In about 1807 Luny decided to move to Teignmouth in Devon, where he received large numbers of commissions from ex-mariners as well local gentry in the area. By this time he was also suffering from arthritis in both hands, but this did not deter him in the slightest from his work. He was as successful in Teignmouth as he had been in London, producing many works of the Devonshire coastline, as well as the occasional ship's portrait or naval engagement, which were specific commissions. Luny continued painting right up until his death in Teignmouth on 30th September, 1837.

Luny's work is represented in the National Maritime Museum at Greenwich, which also has his sketchbooks in their collection, and the Royal Albert Memorial Museum in Exeter.This is framed in a wonderful English Antique early 19th century frame and id an oil on panel.