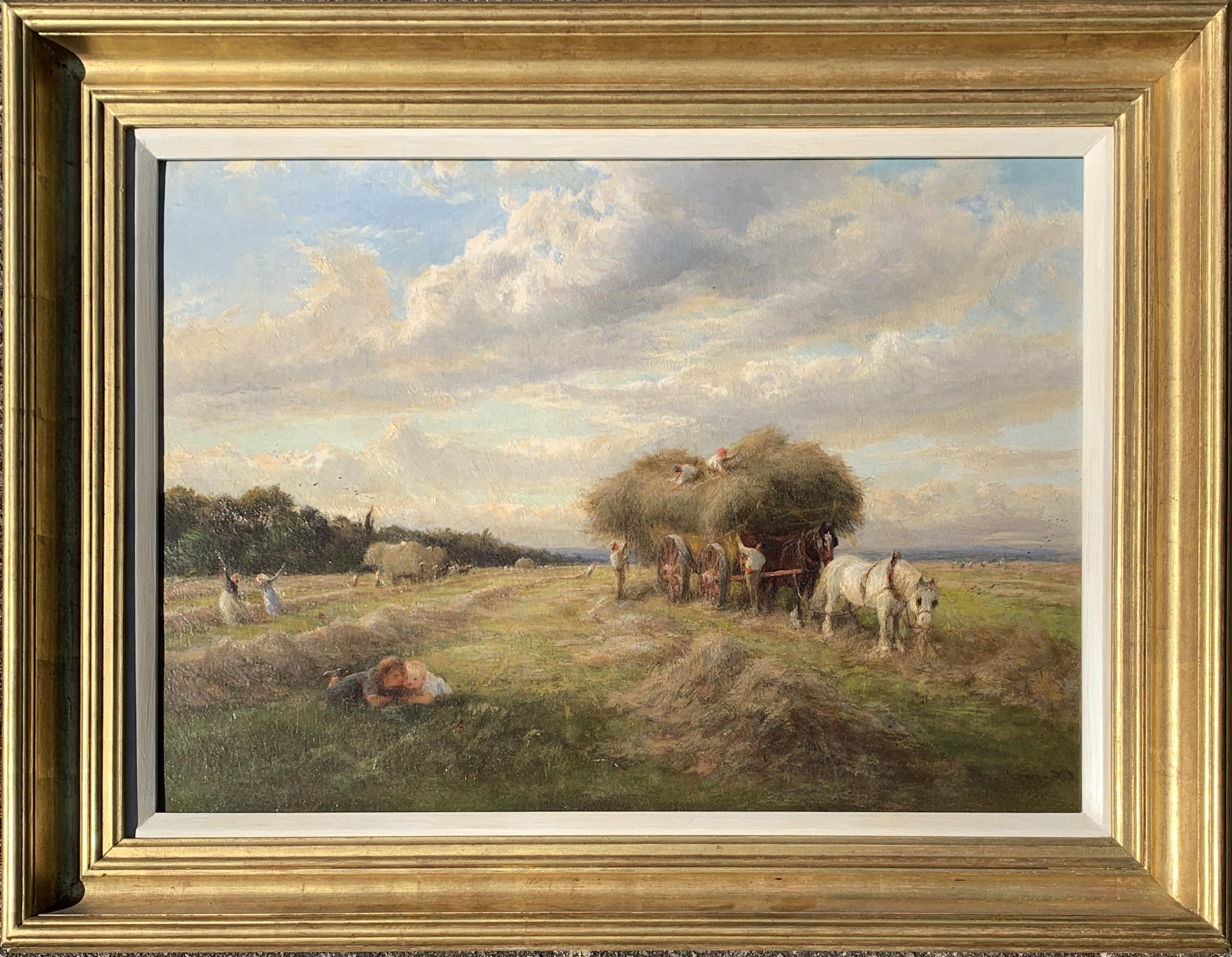 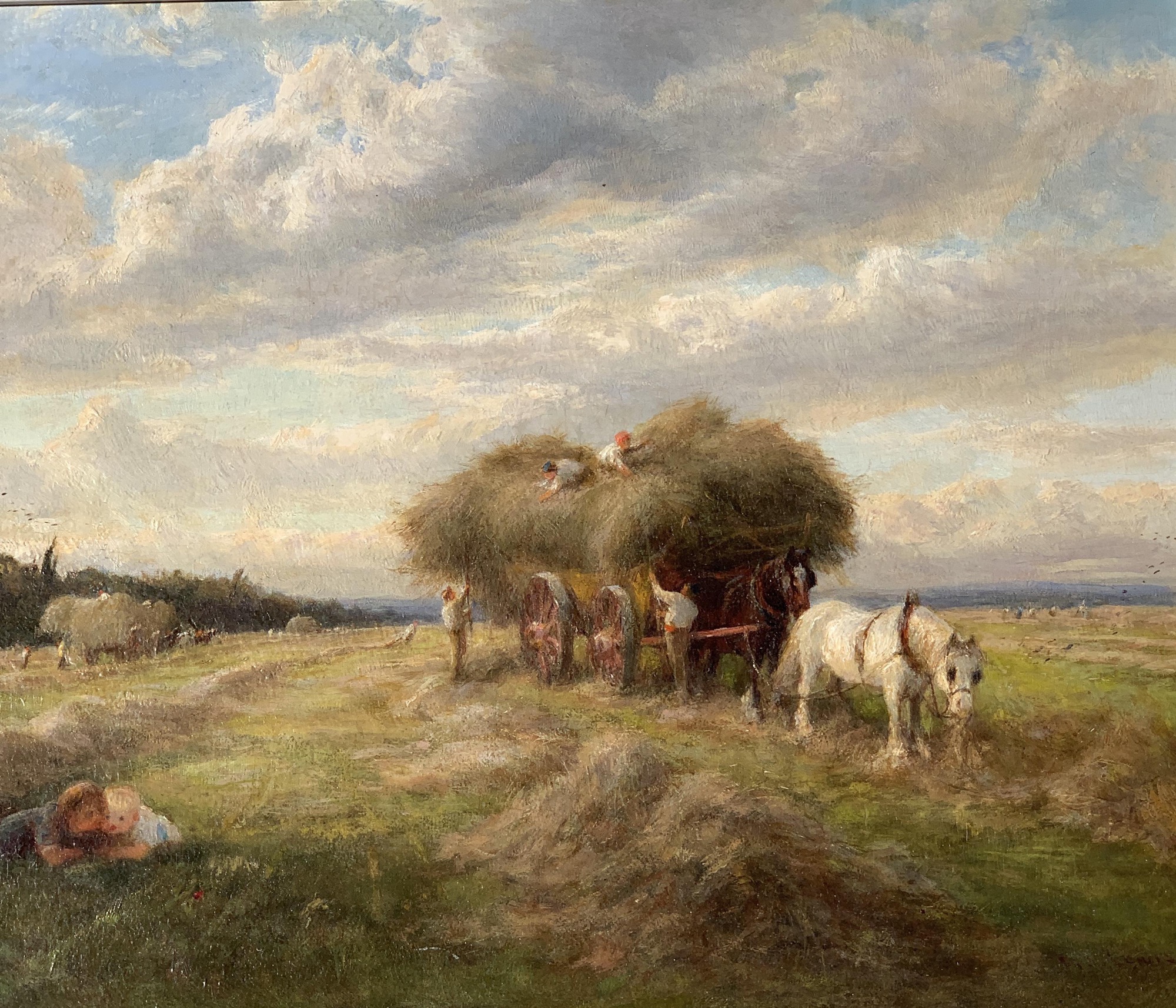 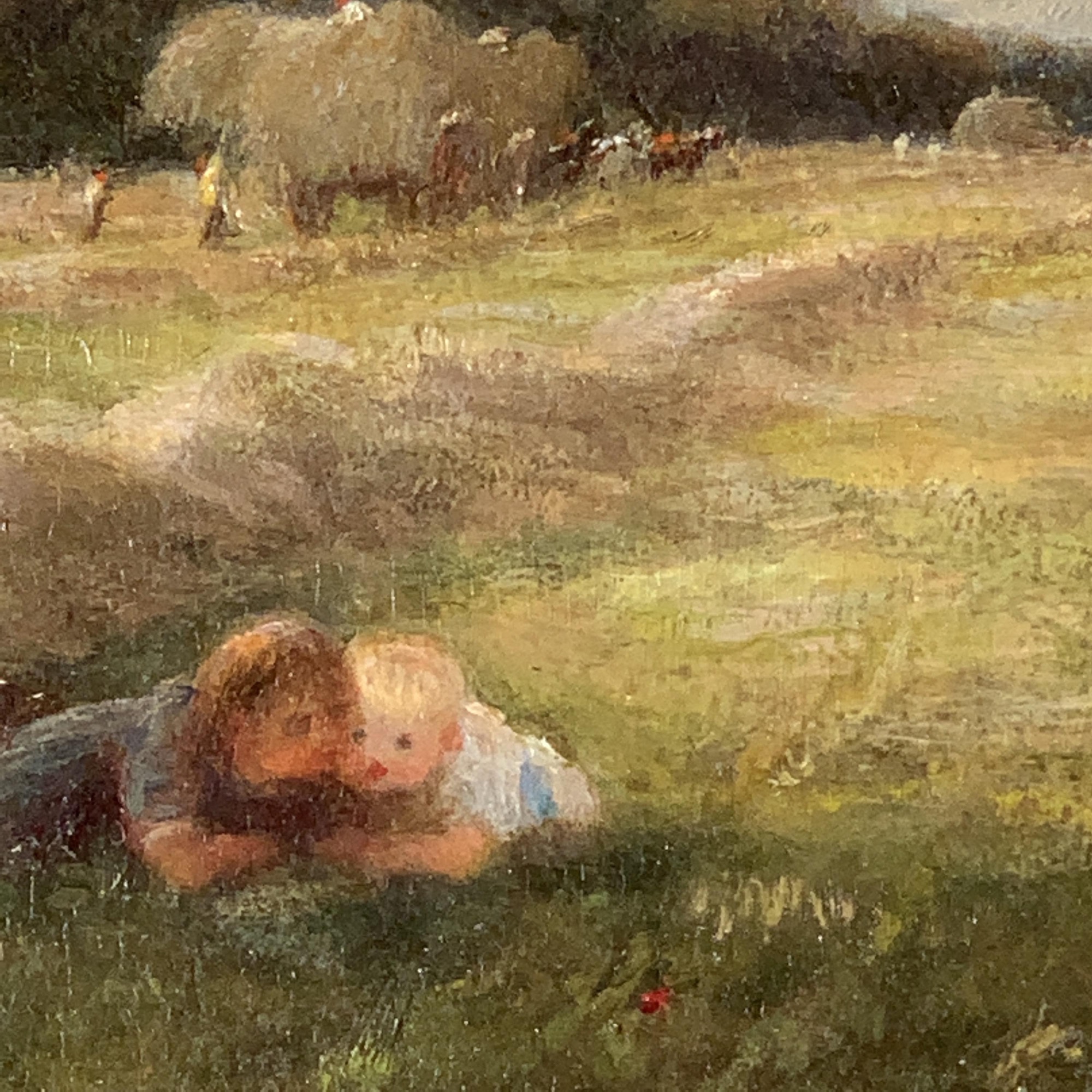 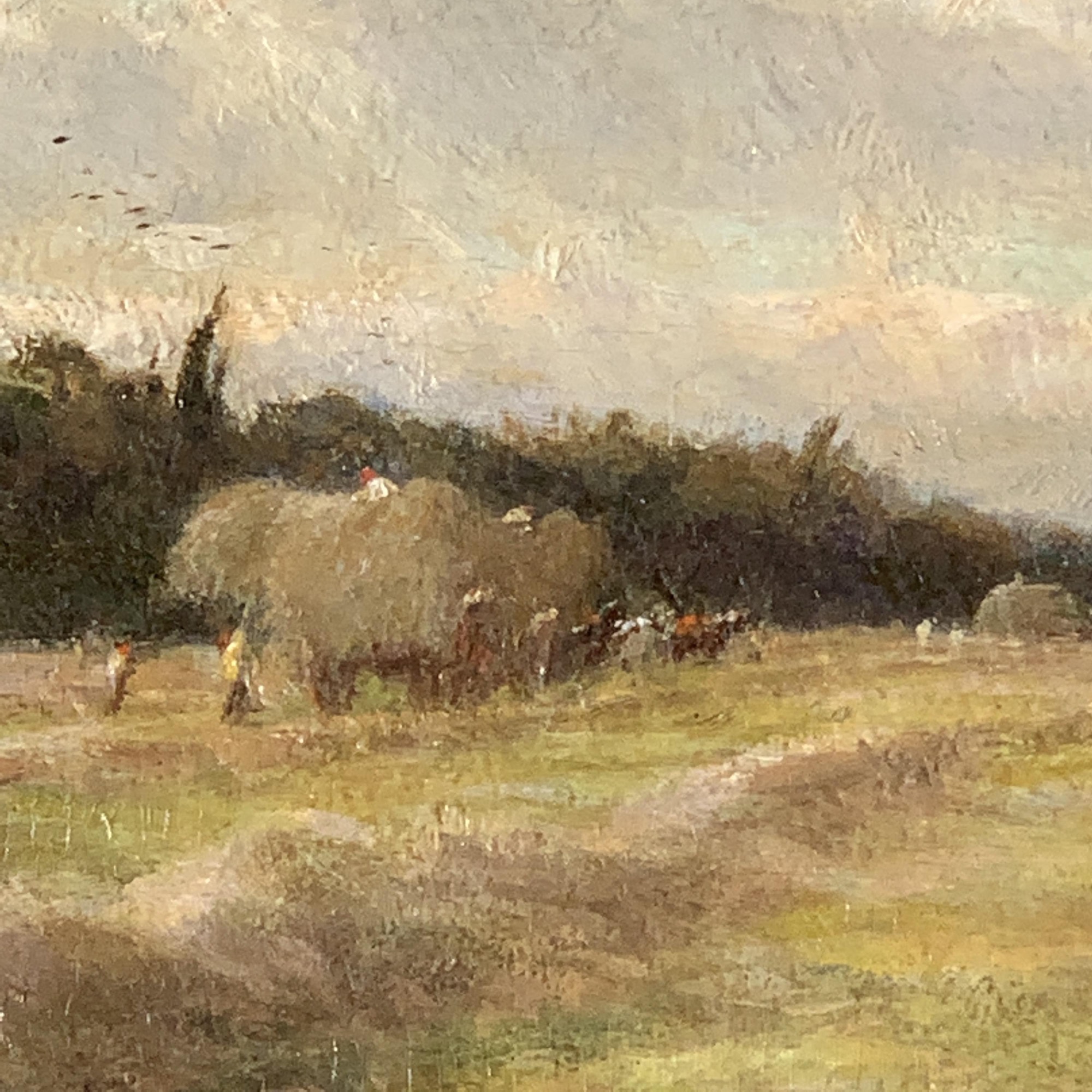 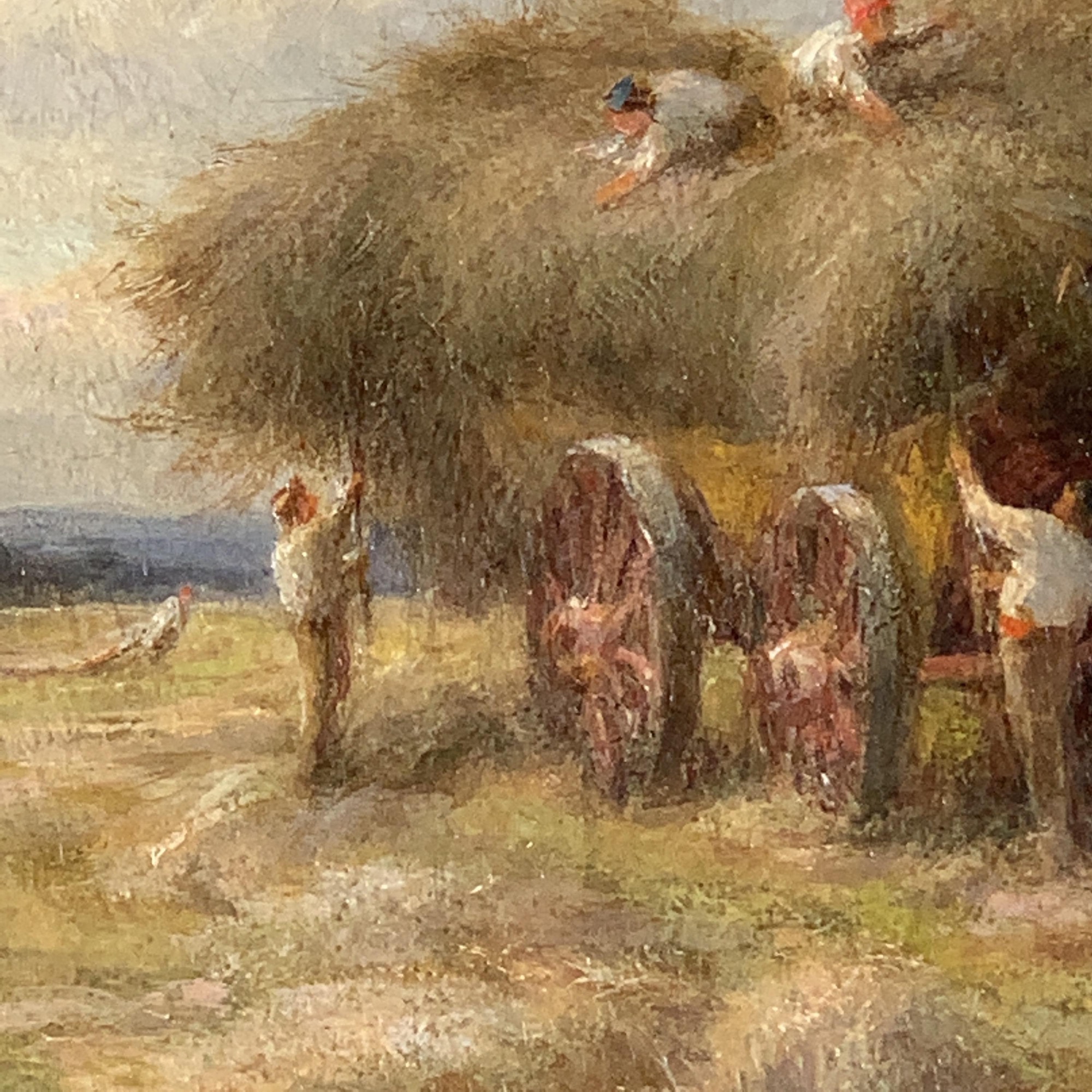 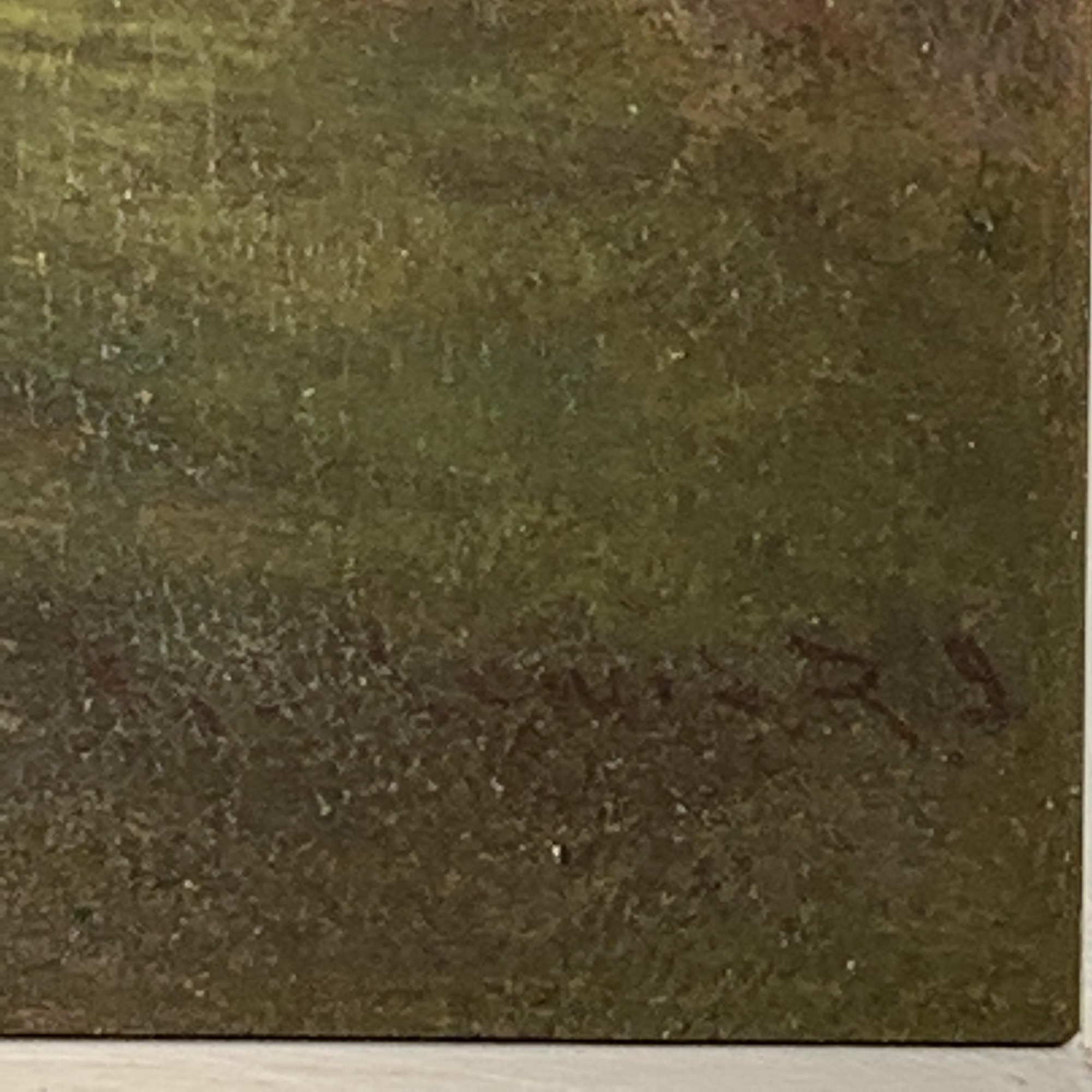 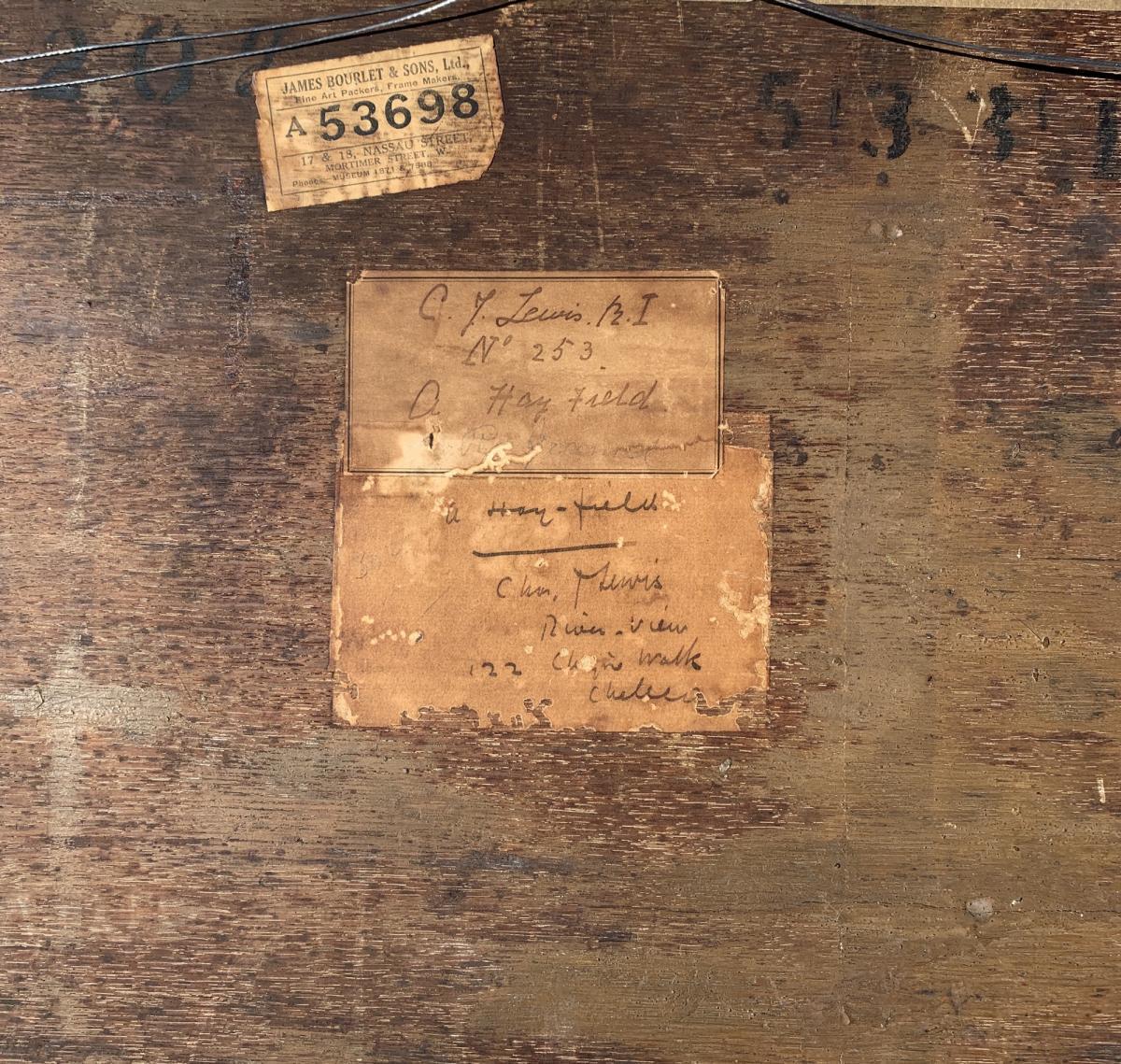 Charles James Lewis, was baptised at St Giles, Camberwell, London on 6 October 1830, son of Charles Thomas Lewis, a clerk at the bank of England, and his wife Sarah Hyde née Bennett (1805-1872), who married at Tottenham, London on 11 June 1825. In 1851, a 20 year old student in painting, living at 17 Nelson Square, Camberwell with his 52 year old married father Charles and a 64 year old 'unmarried' Sarah Lewis. Charles married at Camberwell in 1854, Mary Ann Matilda Hammond Shetton and in 1871, a 50 year old landscape artist, living at 2 Cheyne Walk, Chelsea with his 48 year old wife Marian and seven of their children. A popular and prolific painter of genre and domestic scenes. He often painted on a smaller scale depicting natural and attractive scenes featuring children as the focal point. A regular exhibitor at the Royal Academy 1853-1890, and at the British Institute, the Society of British Artists, the New Watercolour Society, Grosvenor Gallery, and the New Gallery amongst others. He was elected a member of the Royal Institute of Painters in Watercolours in 1882 and was a member and exhibitor at the Ipswich Fine Art Club 1890-1891 exhibiting in 1890 from 67 Wynstanley Gardens, Kensington, London five watercolours 'Waiting for the Ferry', 'A Wet Evening', 'A Hay Field', 'A Fisherman's Anchorage' and 'Harvesting' and in 1891 two oils 'Balmy Sleep' and 'An Old Mill' and three watercolours 'A Gray Summer's Day', The Garden Gate' and 'A Village on the Ouse, moon rising'. He died at 122 Cheyne Walk, Chelsea, London on 28 January 1892, aged 61

19th century English Wooded landscape with figures on a path.